The way it should have rolled off the production line 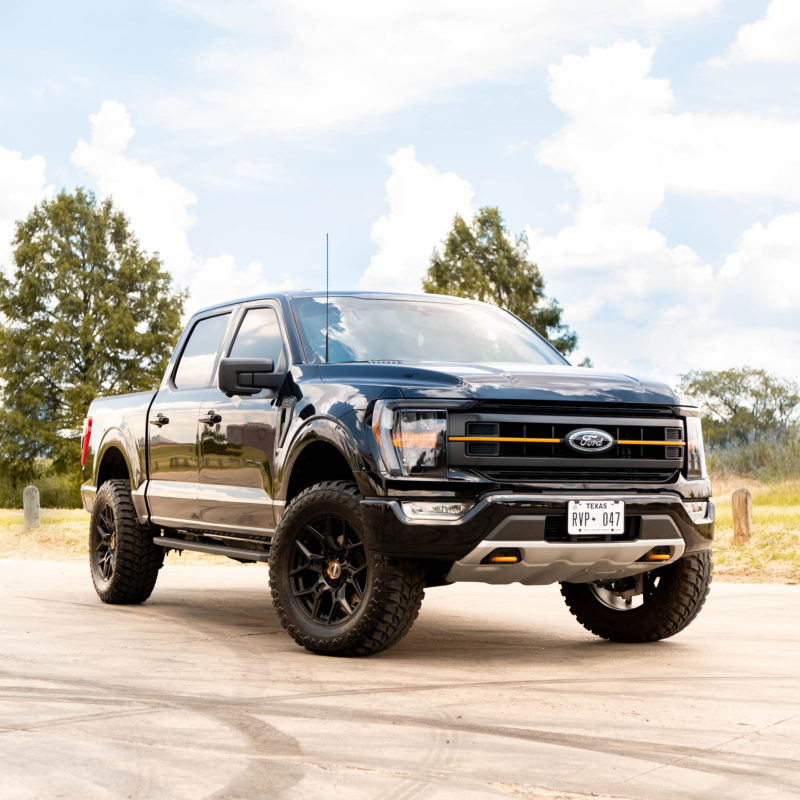 This Ford Tremor in our opinion has the perfect stance and fitment. The suspension was modified by a 3″ Rough Country Loaded Strut Leveling Kit that was added to the front to bring up the height to match the rear. 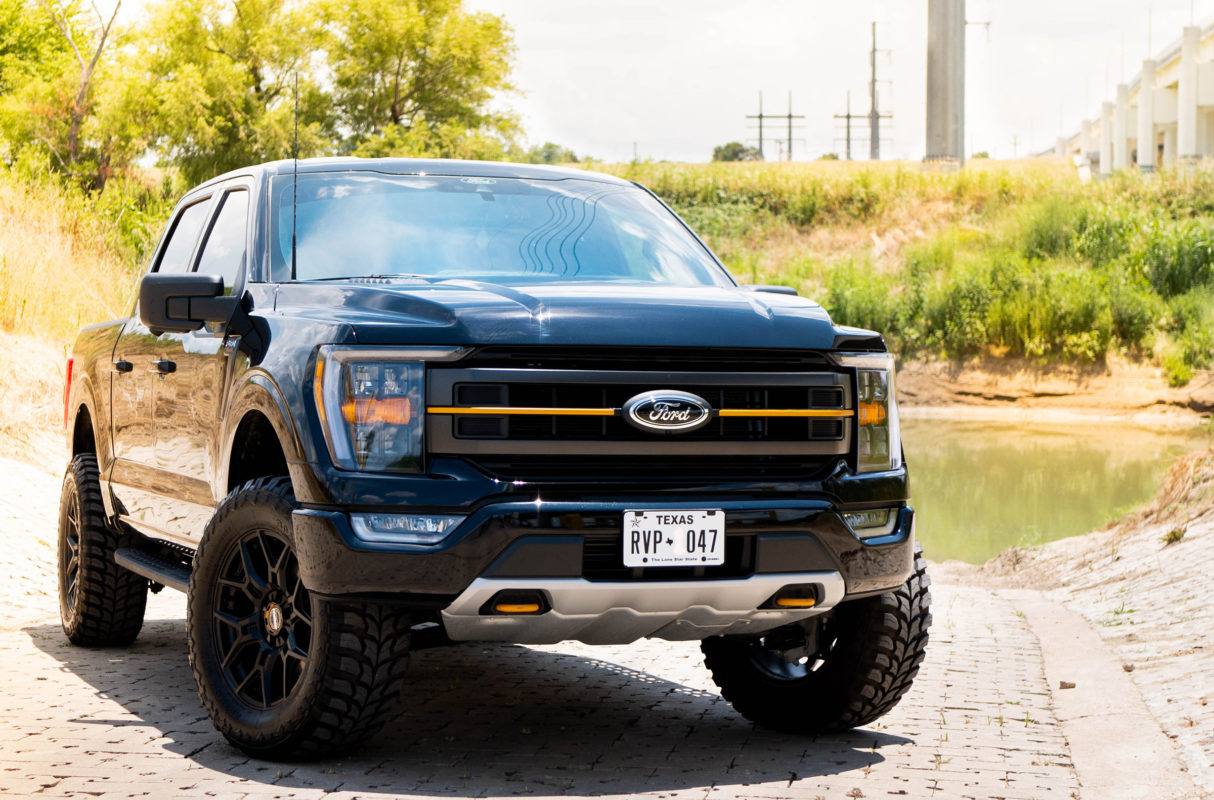 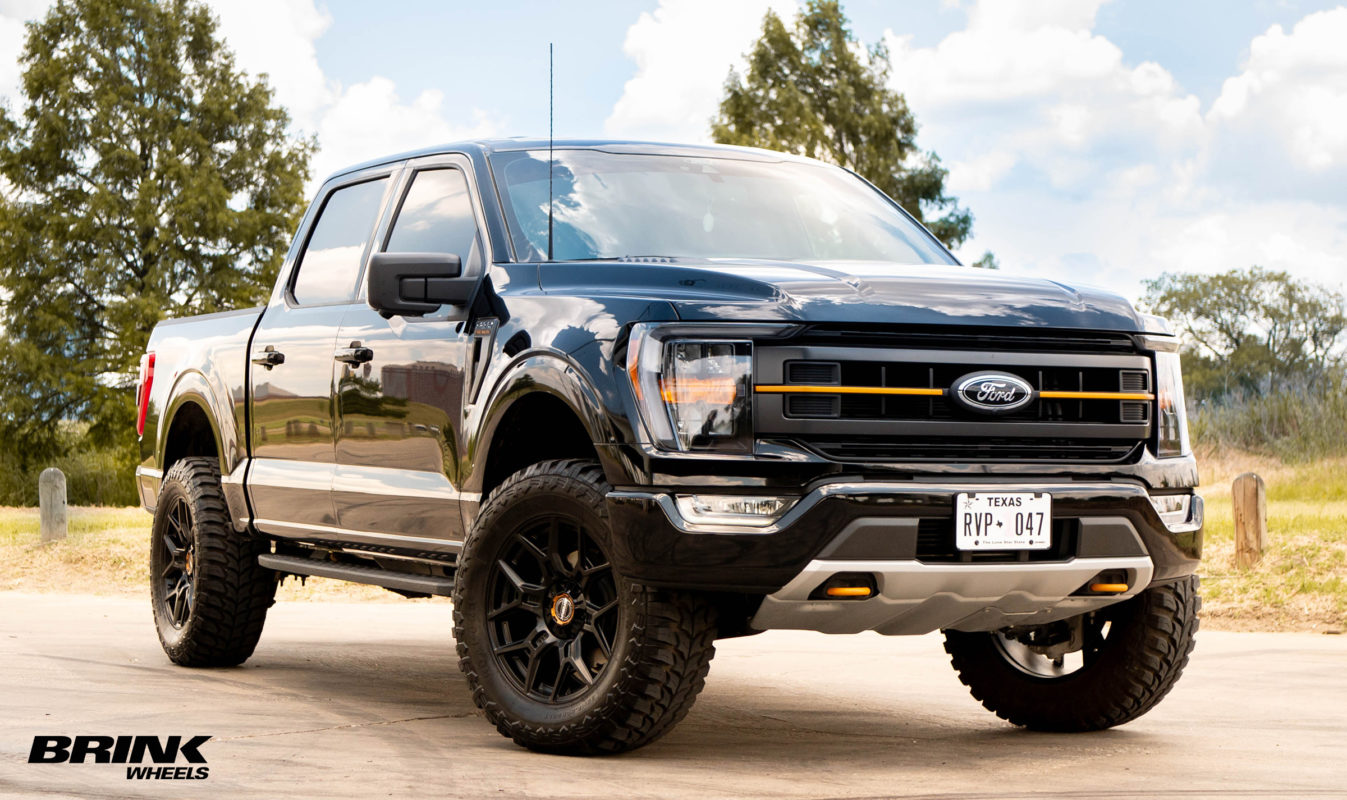 The Tremor was later fitted with our 20×9 BRINK Insurgent Wheels in Nocturnal Black in a 0 offset offering the truck an Enhanced Stance that provides a little poke. The removable center cap trim that our cap offers was later removed and painted to match the factory Tremor Orange trims. 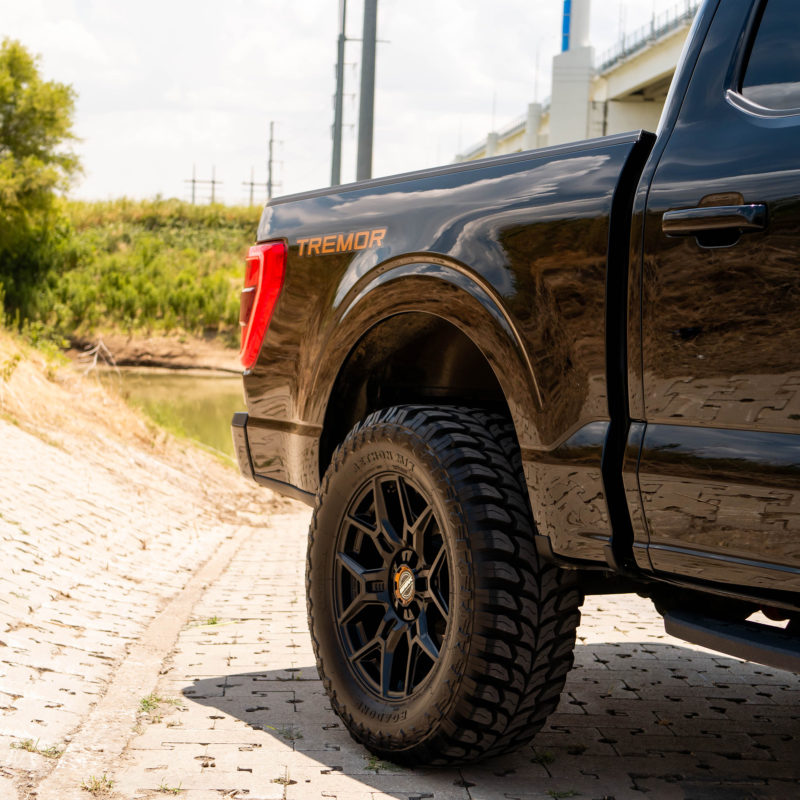 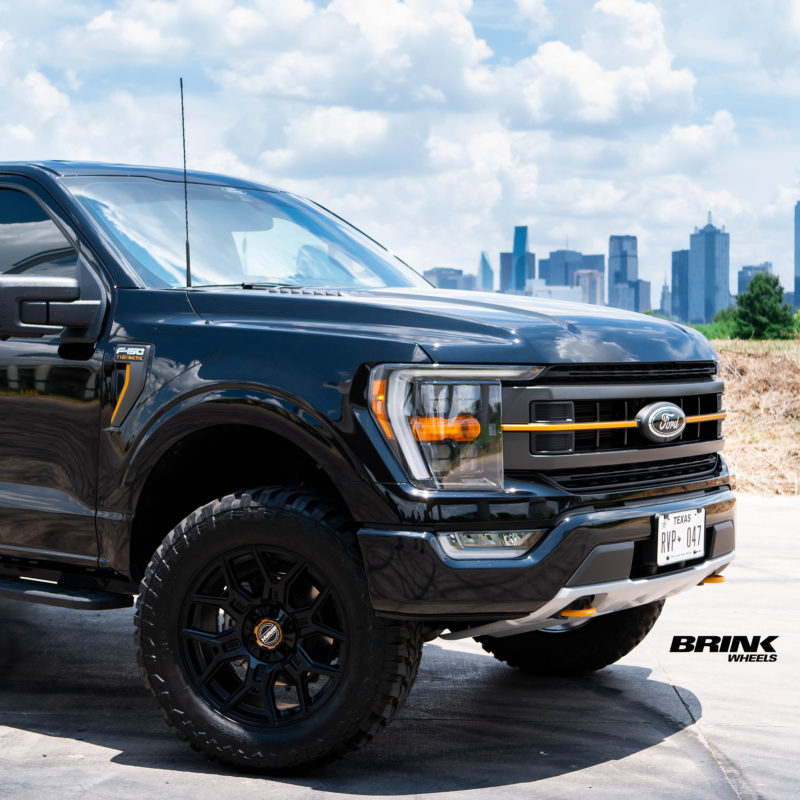 The truck was fitted with 35×12.50R20 Tires which rubbed on the crash bars when the steering was in full lock and in reverse. This was corrected by shaving off 1/2″ from the crash bar which resulted in zero rubbing issues.

We predict this can be avoided by running our 20×9 +18 Offset OEM+ option which is designed to allow for maximum clearance and also a flush fitment. This customer elected to have the Enhanced Stance 0 Offset as he wanted a poke.

We feel with the minimal mods installed on this truck it really changed the overall appearance drastically. In our opinion this is the look that Ford should have given the Tremor when it rolled off the production line.

The offset of the wheel is a measurement taken from the centerline of the wheel to the mounting pad of the wheel. The higher the offset the closer the wheel is to your chassis. If you used our Search By Vehicle tool we will only show you offset ranges that are within range for your vehicle.

If you used our Search By Vehicle tool please read the below:

For Cars: The offset ranges offered will result in wheels that will never stick out of your fenders. If you prefer a Flush with the fender look a lower offset will help achieve that.

For Trucks: The offset ranges offered will result in either a flush or slight poke look. If you prefer for the wheels not to poke outside the fenders look for the highest offset available.

The noted promotion is available from the manufacturer. After your purchase we'll instruct you on how to obtain the rebate on the Thank You page

Submit your vehicle details below and we’ll send you a quick link with results.

Need your wheels and tires fast? We can ship the wheels and tires to you unmounted which will save you about 3 days in transit and we’ll further discount your package $50. This is also useful for customers wanting to re use factory TPMS sensors. For those who do purchase TPMS and elect to go with this option we’ll send you the TPMS pre-programmed for your vehicle ready to use. This is an optional service if not selected your wheels and tires will be mounted and balanced free of charge.